Documenting Hip Hop History: From the Broom to the Ceiling, Taylor Golonka Documents Michael Chambers’s Contributions to the Culture 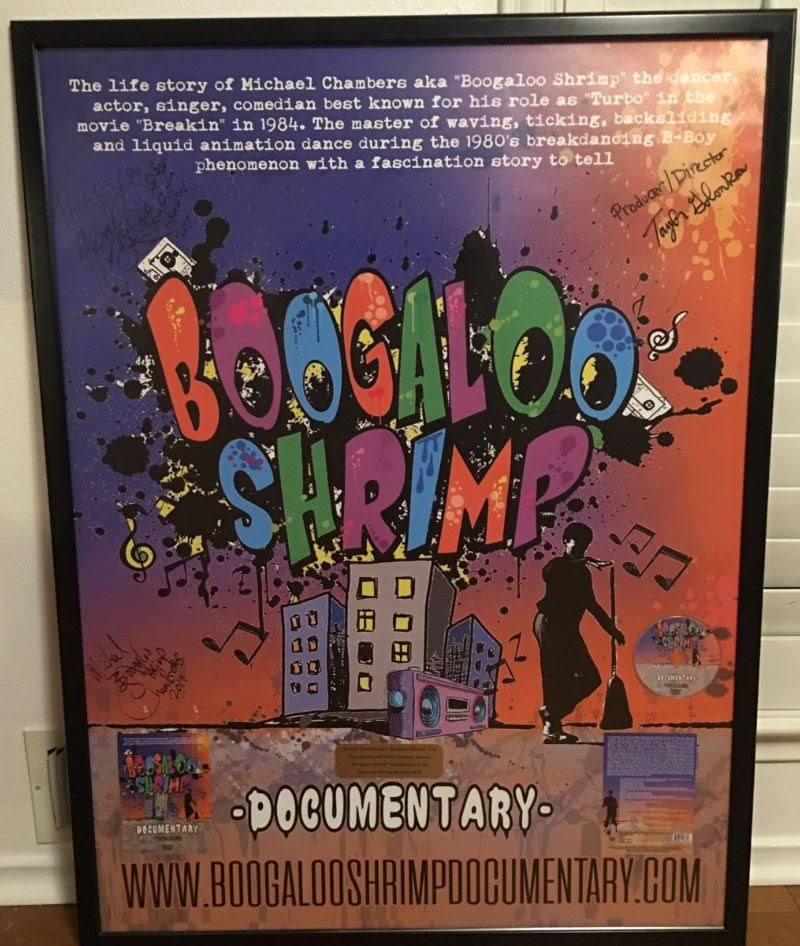 Things and people that are iconic are revered and idolized. While the word is somewhat overused today, in Hip Hop we are appropriately selective with it.

We recently acknowledged the 35th anniversary of “Breakin’,” a truly iconic film that brought some of the best things of the 1980s – fashion, culture, dance – from the streets to the cinema. Documentary filmmaker Taylor Golonka recognized this occurrence by directing the recently released “Boogaloo Shrimp,” a documentary film aboutMichael Chambers, who starred as “Turbo” in the 1984 movie and its sequel “Breakin’ 2: Electric Boogaloo.” This was done to spotlight Michael’s innovations in breakdancing and B-Boy culture, and to ensure a wider audience knows him. 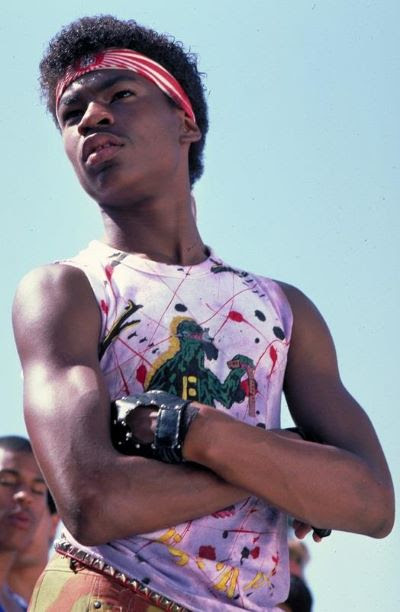 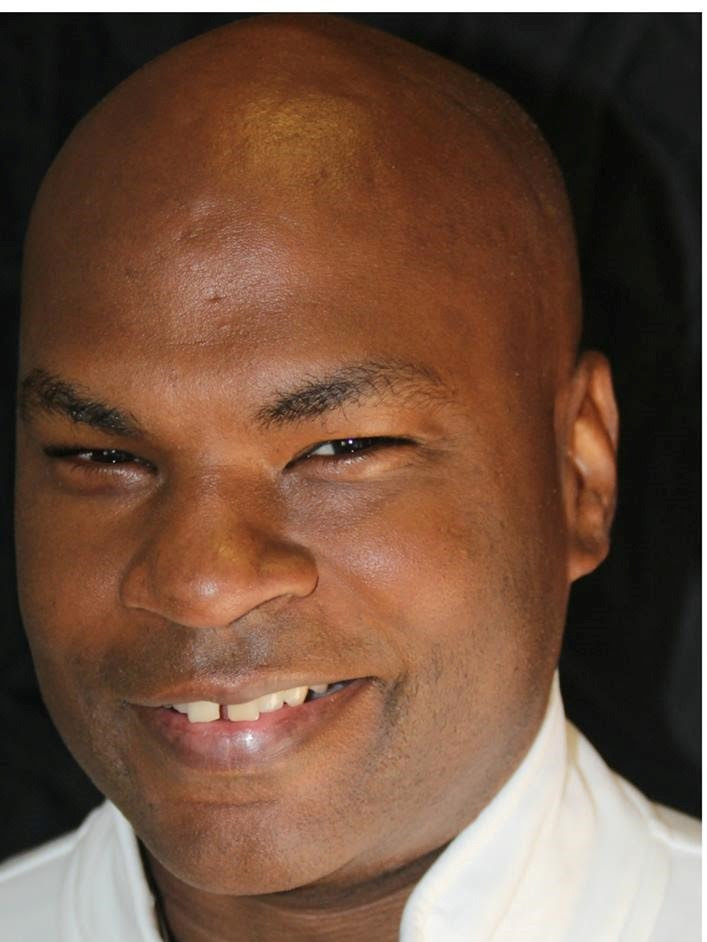 Michael Chambers, as “Turbo” and today
used with artist’s permission

Whether or not you have seen “Breakin’” or “Breakin’ 2,” you have seen Michael Chambers, who began his career as a dancer when he was 16 with the stage name Boogaloo Shrimp.

You’ve seen this extraordinary dancer work with Lionel Ritchie on tour and in the “All Night Long” video.

You have witnessed him crush the floor in the video for Chaka Khan’s“I Feel For You.”

And if you’re a fan of “The Simpsons,” and you love to “Do the Bartman,” you have Michael to thank for choreographing it.

These appearances and accomplishments are a fraction of Michael’s artistic achievements, which include portraying MC Skat Cat in Paula Abdul’s “Opposites Attract,” being Urkelbot on “Family Matters,” working one-on-one on freestyle routines with Michael Jackson, philanthropy, teaching, and touring around Asia.

Back to “Breakin’”: the renowned Broom Dance is as historic as Fred Astaire’s movements in “Singin’ in the Rain.” Michael moved as much as a breakdancer as he did a modern ballet dancer, a robot, and a magician. In “Breakin’ 2,” Turbo does the Ceiling Dance with the ease and grace we apply as we walk on the sidewalk. These scenes present Michael’s dance style, which was named “liquid animation.” Green screen has nothing on Michael Chambers. 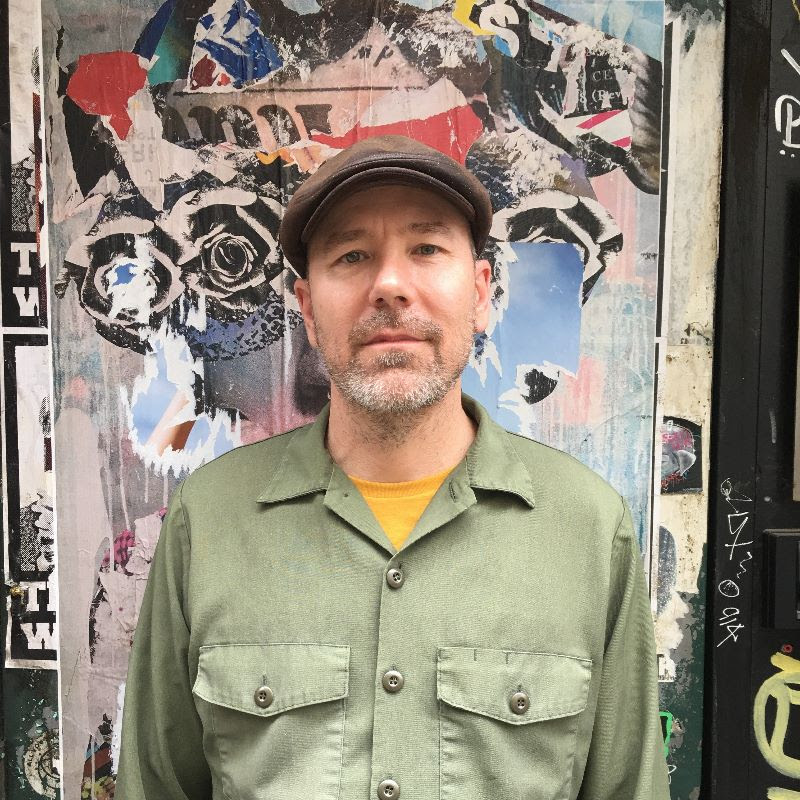 When we spoke, Taylor told me “Michael was a real dancer; I was drawn to this dancing. When it came to making ‘Boogaloo Shrimp,’ it was about his skills. Raw. So raw.” We discussed the significance of specifically Michael’s way of dancing and how its introduction in the 1980s was significant: “Dance, at the time ‘Breakin’’ was made, was on a platform that allowed us to present who we were especially when we didn’t grow up with money.”

The grassroots, built from the ground up approach to dance in the 80s was born, like Hip Hop, in the streets. This “wonderland for creatives and artists” was where it began for Taylor, a self-taught DJ, music producer, and filmmaker. He started making sounds and managing artists in 2000. “Boogaloo Shrimp” tells the story of how a street dancer was able to break into a commercially viable avenue – movies – while sustaining his artistic integrity and inventive style.

We tend to be inspired by people who are as relatable as they are remarkable; Michael Chambers and Taylor Golonka are examples of this.

Taylor generously gave a signed movie poster, the DVD, and the t-shirts he designed to Universal Hip Hop Museum; each will be housed in our archives.  “Boogaloo Shrimp” is available for streaming via on Amazon Prime, Tubi, and Google Play, and it is on a limited edition DVD.

If you are interested in making a donation to the Archives and Collections, please email archivesmgmt@uhhm.org. 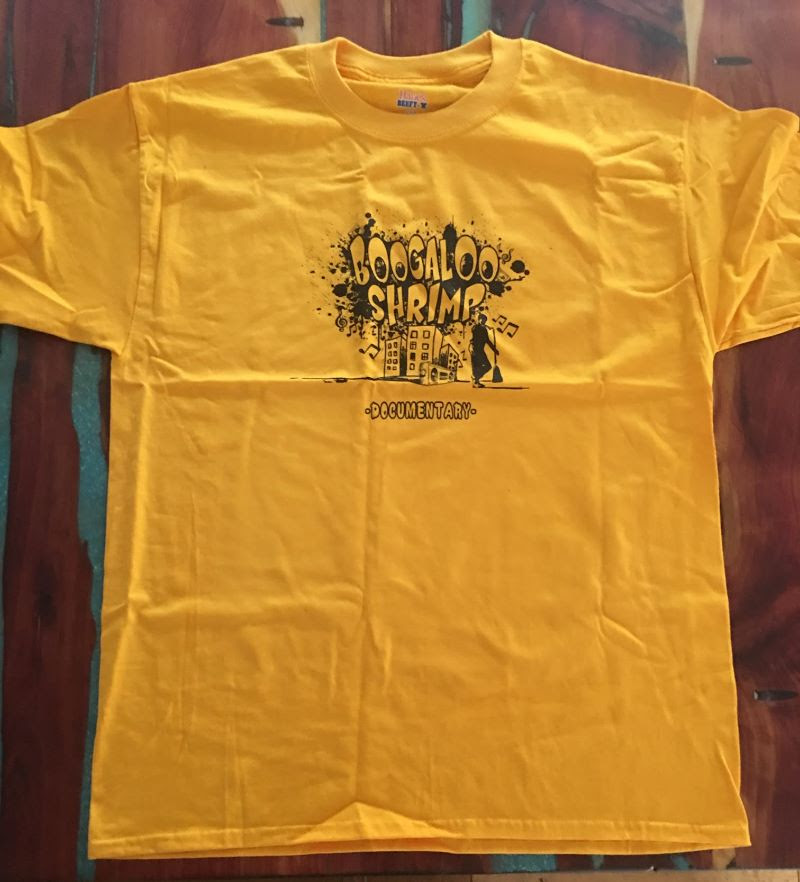 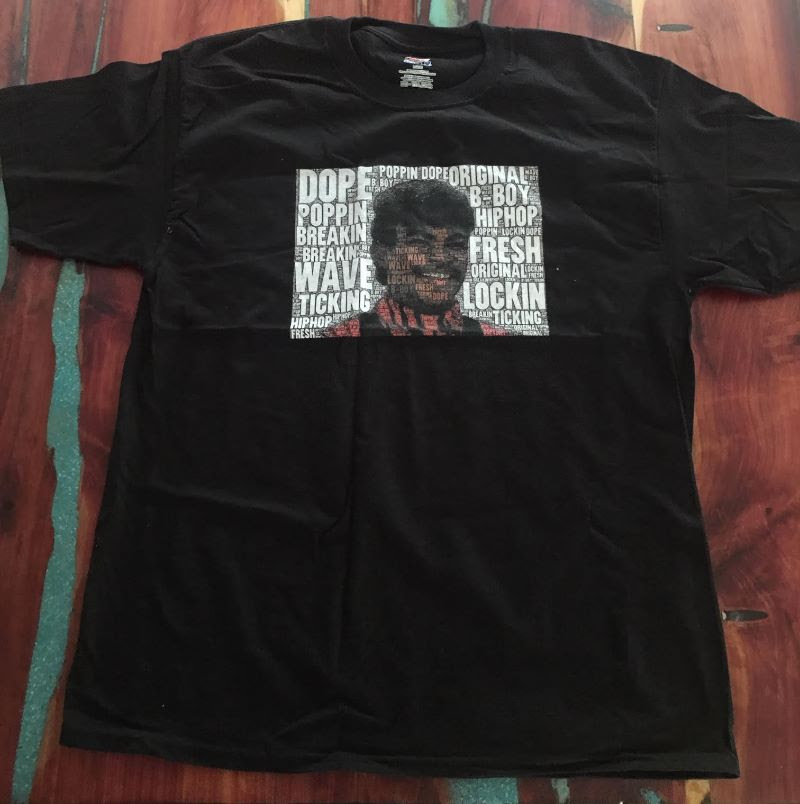